Aida evokes the mystery and splendor of ancient Egypt, with a healthy dose of passion thrown into the mix.

Aida is one of Verdi's most spectacular operas. Both epic and intimate, it was commissioned by Isma'il Pasha, Khedive of Egypt, and had its première at Cairo's Khedivial Opera on 24 December 1871. It is an immediate success, but nothing compared to the premiere in Milan, the following year. Here Verdi conducts the orchestra, and receives a thundering ovation - called on stage a remarkable 32 times! he is given an ivory baton decorated with a diamond star and the name of Aida in rubies.

It's widely considered to be one of greatest operas ever written.

Set in the Old Kingdom of Egypt, during a war between Egypt and Ethiopia. Aida is an Ethiopian who has been captured and made slave to Amneris, the daughter of the King of Egypt. unknown to the Egyptians, Aida is the daughter of the King of Ethiopia.
While the Ethiopian King, Amonasro, draws up plans to invade Egypt to free his daughter, Aida and a young Egyptian soldier named Radames, have fallen in love. The jealous and suspicious princess Amneris loves the dashing Radames, too. She senses that he is in love with someone else, but does not know it is Aida. Against this backdrop a story of love, jealousy and betrayal unfolds with epic tenderness, 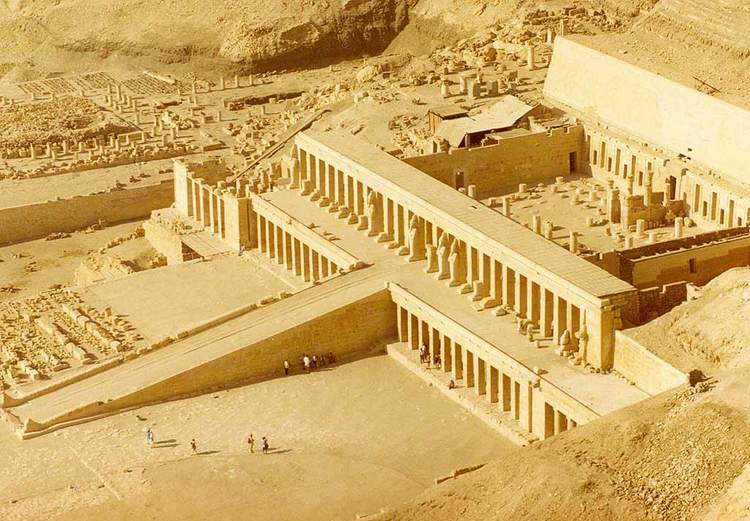 The Mortuary Temple of Hatshepsut is the focal point of the entire Deir el-Bahari complex; the Djeser-Djeseru meaning "the Holy of Holies".

It was designed and implemented by Senenmut, royal steward and architect of Hatshepsut (and believed by some to be her lover), to serve for her posthumous worship and to honor the glory of Amun. Djeser-Djeseru sits atop a series of colonnaded terraces, reached by long ramps that once were graced with gardens. It is built into a cliff face that rises sharply above it, and is widely considered to be one of the "incomparable monuments of ancient Egypt".

This stunning architectural achievement will be an elegant and dramatic setting for the powerful drama of Aida.

One of these men is Giuseppe Verdi, the other is Auguste Mariette. Can you tell which is which?


Giuseppe Verdi was one of the history's greatest operatic composers, leaving the world with some of opera's most powerful and beloved works.


One of his collaborators was the world-renowned Auguste Mariette, one of the greatest Egyptologists and explorers of that golden age.


It was Mariette’s obsession to make the opera as realistic as possible, contributing significantly to the staging of Aida, and checking each element with academic rigor. For the decor he draws from his latest findings. The costumes of the soldiers in act II come directly from the tomb of Ramses III. Likewise, the jewelry worn by the actors is inspired by pieces in the Boulaq Museum, which Mariette founded. 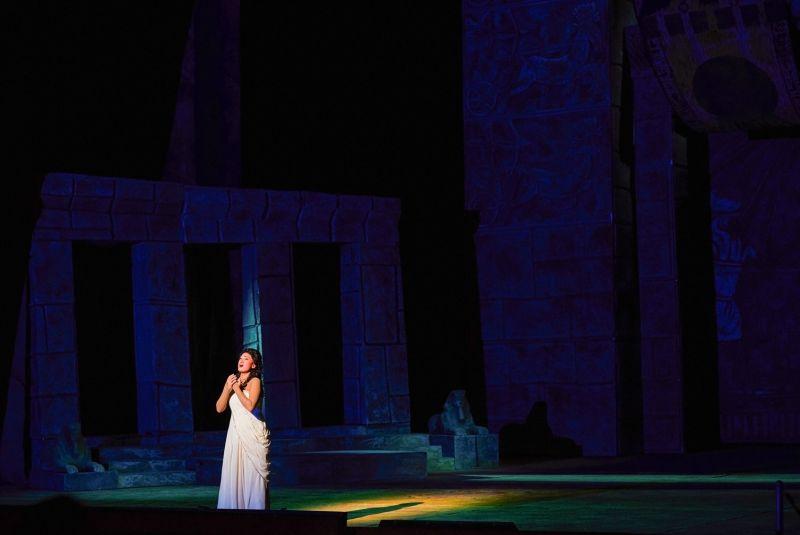 Aida tells the story of forbidden love between the Egyptian leader Radames and the beautiful Nubian princess Aida. The plot is based on a true story found in Papyrus and re-written by French Egyptologist Auguste Mariette

Subscribe to stay up to date with trips, travel tips, and more.